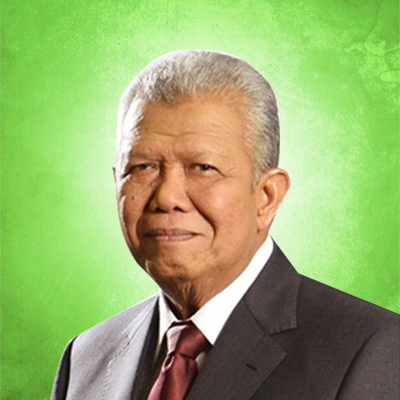 Dr. Marzuki Usman comes from Mersam, Jambi and has a bachelor degree, majoring in Money and Banking from Gadjah Mada University, Faculty of Economics. He continued his education to earn Master of Arts in Economics from Duke University, Durham, North Carolina, USA.

He was an advisor at ABN – AMRO Bank, and International member of Advisory Board of NASDAQ in New York in 1994, as well. He appointed as a Senior Advisor to Indonesia Stock Exchange Market since 1997 up to present, and a as Senior Advisor at Ernst and Young, Singapore, in 1999.

He has also worked as a lecturer at many universities such as Gadjah Mada University and at University of Indonesia. He was lecturers at National Planning Program, Sekolah Tinggi Ilmu Ekonomi, and Lembaga Pengembangan Perbankan Indonesia.